The Burren in Clare has some of Ireland’s best walks

Today I had the pleasure of taking a guided Burren Walk with Tony Kirby of Heart of the Burren Walks and it was certainly an experience I would recommend to anyone! Of course it is possible take any of the Burren walking trails alone but having a local guide show you the finer details and tell you of the local history, I think is invaluable. These walks can now be booked through Irish Tourism as part of your package vacation.

There are many walking paths in the Burren, today we took the path to St Colmans Hermitage in Carran, where it is believed that St. Colman Mac Duagh lived for seven years as a hermit and this area may have been associated also with Pre-Christian rituals. As you enter the nature reserve, Slievecarran is immediately in front of you; its slopes are known as Eagle’s Rock. 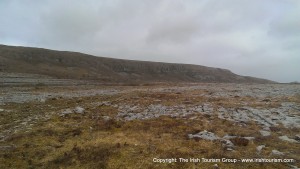 As you continue along the path if you turn North-East you are faced with the summit of Turlooughmore. The circular gaps that can be seen are known as Leim an Phuca Mhoir (The big fairy’s Leap) and Leam an Phuca Bhig (the small fairy’s leap). 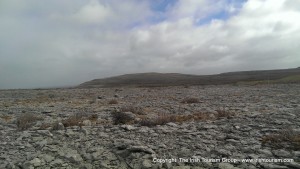 This is the first station on the old Pilgrimage Route where pilgrims would say their first set of prayers to Saint Coleman. A rock standing upright in the centre indicates from a distance the route to take. 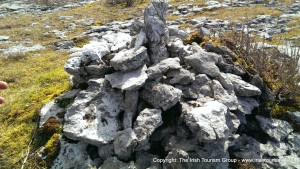 Further along you will meet ‘The Man Servant’s Grave’. Legend has it that Saint Coleman was not alone during his time in the Burren, he was accompanies by a servant who according to legend is buried here. This is also a station on the pilgrimage route. 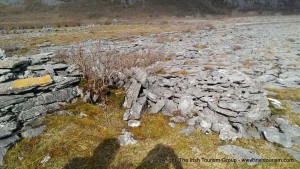 When we arrived at the man servants grave, Tony begins to tell me about a local legend concerting saint Coleman and his servant and it goes something like this… Saint Coleman & his servant were fasting in in the hermitage and as they came towards the end of the Lenten fast period, a banquet feast could be heard from the nearby Dunguaire Castle. When the servant told Saint Coleman how hungry he was, the saint took pity on him and prayed on his behalf. At that moment, the dishes from the banquet suddenly took Flight and made their way to the hermitage with the banquet party following along angrily on horseback. St. Coleman prayed again and the horse’s hooves got stuck in the pavement. To this day, the marks from the horse’s hooves can be seen on the pavement nearby and this pavement is known as Bothar na Miasa which means, ‘the road of the dishes’. Of course we know now that the marks are from rainwater dissolving though the rock over time, but it’s a great story all the same! 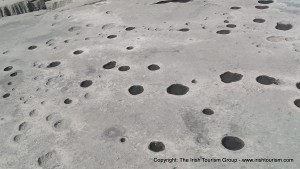 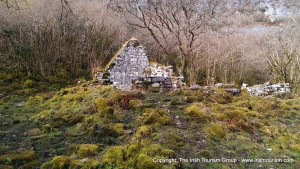 As you continue along Saint Coleman’s oratory can be seen. This building dates from the 11th century so it was built sometime after St. Coleman was believed to have been here. It was created at the spot and to the same dimensions as his wooden oratory would have been. 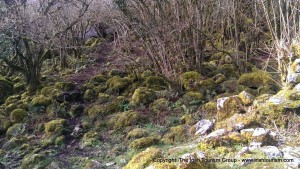 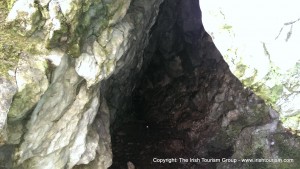 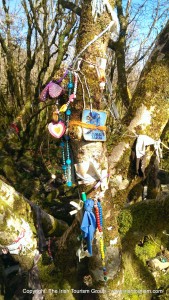 Just beside the oratory lies a holy well and many people believe its waters have healing properties. It is common for people to leave an offering or a piece of their clothing tied to the trees next to the well in hope of a cure to their ailment or suffering.

Get in Touch- The best way to learn about Ireland is to visit yourself. Contact us today for a quotation–